Is It Too Late To Invest in Shiba Inu?

Since reaching an all-time high in 2021, Shiba Inu’s market value has decreased by more than 90%. Investors are prompted to inquire, “Is it too late to invest in Shiba Inu coin?” as a result.

Today, we provide information on whether SHIB is still worthwhile to include in a cryptocurrency portfolio. Our in-depth examination covers the performance of the meme coin as well as usage cases, professional opinions, and more.

Is it Too Late to Invest in Shiba Inu Coin?

The SHIB is still a young coin, and there is plenty of room for growth. The current market value is much lower than the peak, but this is a common trait with all coins. The cryptocurrency is still developing and is yet to reach its full potential, as is the case with many others.

The SHIB is gaining more attention from the crypto community, and there is potential for it to experience higher levels of success in the future if it is able to gain more traction. There is a finite amount of SHIB coins, and this is something that is beneficial for investors as it is likely to increase in value over time.

In addition, Shiba Inu is backed by high-profile developers and is building strong partnerships with well-known companies. This is encouraging for investors who are considering the coin, as it is indicative of higher levels of success in the future.

Ultimately, it is too soon to say whether or not SHIB is a good investment option and there is no guarantee that it will succeed in the long term. There is some potential for the coin to increase in value and it is important for investors to be aware of the risks associated with investing in cryptocurrencies, including SHIB.

As we mentioned, certain meme currencies had significant price increases in 2021. SHIB achieved its pinnacle in October when its market capitalization rose to an all-time high of $43.5 billion.

If anything, the recent meme frenzy has brought attention to how internet excitement and FOMO may impact the crypto markets. The crypto winter of 2022 caused a sharp decline in numerous digital currencies.

Is it Too Late to Invest in Shiba Inu Coin? Verdict

Is it too late to make a Shiba Inu investment? In such a volatile market, there is no clear-cut solution for investors. The loyal following of Shiba Inus is one of the top advantages of purchasing one. In other words, social media influencers, meme makers, and chat groups all around the world are debating SHIB. Without a question, this has boosted the appeal of cryptocurrencies.

If these influencers and other well-known individuals continue to support the Shiba Inu coin, its price may increase noticeably. Furthermore, unlike Dogecoin, Shiba Inu has a deflationary strategy. This model forecasts that SHIB’s value will grow because a coin’s value will rise when supply is less than demand, which is a reliable indicator of future price.

Additionally, Shiba Inu has partnered with Flexa and Shopping.io. As previously indicated, the latter enables SHIB holders to make purchases from merchants like Amazon.

Shiba Inu’s market capitalization is now trading at a significant discount to its all-time high in 2021. As a result, before a potential recovery spike, investors could decide to accumulate SHIB tokens. 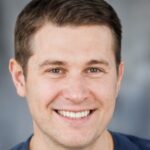 I am 39 years old and I love bitcoin and blockchain technology. I have been an advocate for these technologies since they first came on the scene and I firmly believe that they are going to change the world. I am excited to see where these technologies take us in the future!

This author does not have any more posts.

Tags:is it too late to invest in shiba inu